Because we are in full communion, Roman Catholics are welcome to receive the sacraments in our church.

A Church of Martyrs

The Ukrainian Catholic Church was persecuted by the Communists.  The following icon shows a few of the many people who lost their lives for their faith in God. 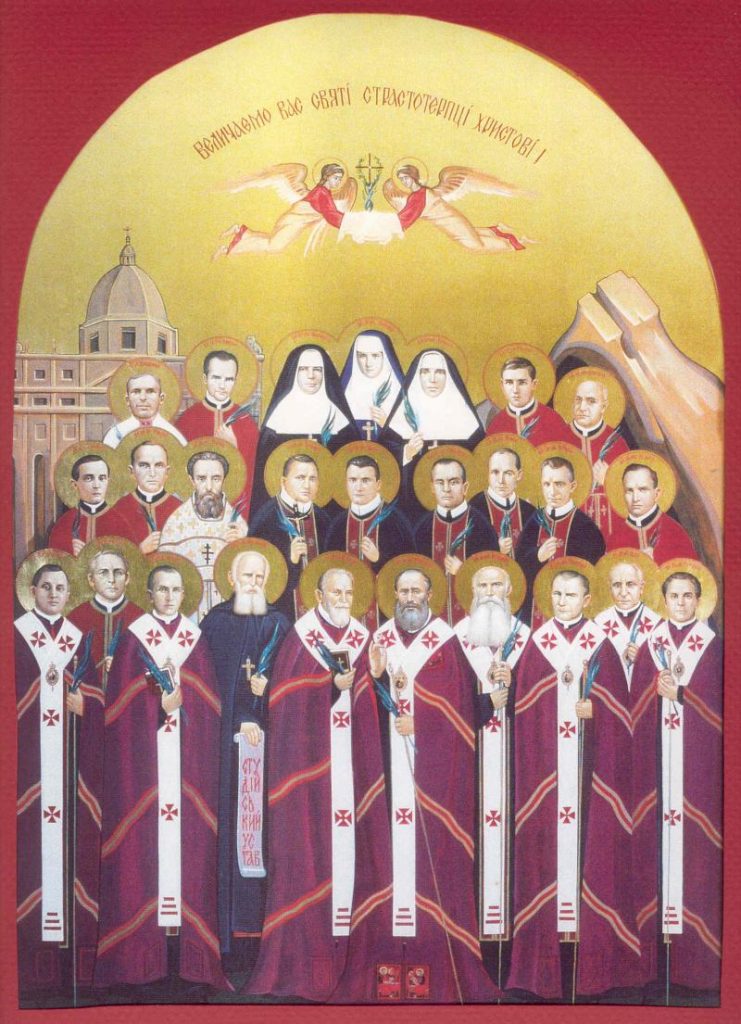 All services are in English.